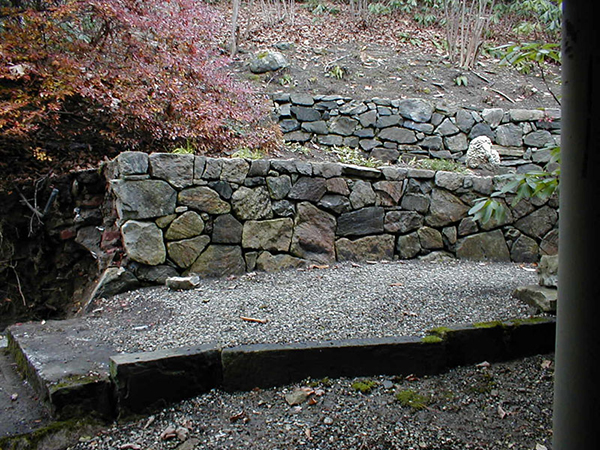 This client needed the stone wall on his vacation home rebuilt or repaired and chose R.J.M. Landscaping to complete the project. Upon closer examination of the existing wall, Rick Miller, owner of R.J.M., determined that the large amounts of water, coming from the slope above, was the primary cause of the failure of the previous wall. It was also determined that there was a fair amount of ledge in the area which would need to be removed to build a new wall properly. An interlocking block retaining wall with a drainage system built behind it (to handle the quantities of water from the slope above) was created using the Unilock Roman Wall system. The new wall was designed and built to flow into an existing portion of the previous wall, using native limestone from the area.

Starting with a clean slate, this customer encouraged our creativity while following their design ideas…